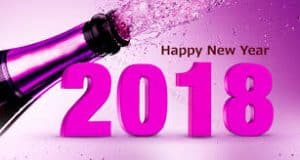 What Makes a New Years Resolution Fail? As the New Year is approaching and everyone begins to make their resolutions, lets think about making them today. Why wait? Isn’t any day just as good of a start as another? Why not begin now?  Personally I do like to start something new on a Monday never a Friday. Why not sure, but what I do know is that I like to challenge myself to set new goals, dreams or aspirations anytime but certainly never on New Year’s Eve.  I have always been one to not color inside of the lines in certain regards and this is one of them. Too much hype in what we are expected to do I suppose.  This is a main aspect of Myofascial Release as well. There are no rules except never force, never lead. Setting a resolution on New Years’ eve seems forced to me and I was never able to maintain whatever resolution I had set for myself. This of course would lead to a path of self-disappointment and a sense of failure and definitely form restrictions with in myself and reinforce a dysfunctional belief systems.  The main theme is to feel that there is something that no longer serves us, you, me and to make a resolution with one’s self to release it and make room, make space for something new.

I know that as I am so blessed to be an active member of a new way of life both personally and professionally through Myofascial Release.  Myofascial Release (MFR) has benefited my life in more than just physical ways but in an entire approach to how I deal with life in general. So I made my first “resolution” last month to resume faithfully participation in not only self-treating but with a physical wellness program. Myofascial Release is not only an inward journey but external as well. The container that carries the core of who I am internally, needs to be physically able to carry such precious cargo, my heart and soul, my essence, my fascial system!  I also have realized that the physical exercise that I place upon myself needs to come from wanting to FEEL better and NOT to look better!  Hard truth is that I spent years upon years, hours upon countless hours of placing my body and fascia into harms way all in an effort to look at certain way.  A way that was a belief system that reinforce aesthetics at any cost and not what was actually good for my body and all its systems.  This type of belief system that was not in my best interest nor our childrens but we see time and time again repeat itself. So I am reinforcing a better way, a new belief system to me, for me, for my health and one that suites my fascia the best.

I would wish that maybe everyone make any time, any day, a day of new revelations and resolutions.  If Tuesdays are your favorite days of the week then let it begin on Tuesday. If half way on your way to your resolution you realize that its not right, then modify it,change it. That is the beauty of not only the statement but another facet of the Myofascial Release principles.  Make the resolution more fitting to becoming a way of life verses an absolute black or white, succeed or fail, right or wrong.  Just like healing is not linear but is progressive, so are resolutions.  Resolutions should be progressive and because we are not human and not perfect but  are all daring to be great, they don’t have to be anything other than supportive verses restrictive and cause further harm to the fascial system of your life.

With love and hope much success and peace now and through all the New Years to come!

CranioSacral Fascial Therapy unites with Myofascial Release and Wellness of Tampa Bay.  I am blessed to be able to expand my knowledge, taking my training and therapeutic approach to treating clients young and not so young alike to a newer and deeper level, a whole new dimension. I am very excited to get to immerse myself into the best of both worlds with learning CranioSacral Fascial Therapy by Dr. Barry Gillespie D.M.D., M.S.D., L.M.T. whom has been trained himself by John F Barnes and John Upledger and combining with my trainings in Myofascial Release (the Barnes method).  Dr. Gillespie has taken his skills and knowledge in Dentistry and combined it with training in Myofascial Release and Craniosacral Therapies which has resulted in the creation and development of CranioSacral Fascial Therapy. This hands on approach is safe, effective and treats both adults, pediatrics and infants including new born babies.

A Realization of Deeper Levels within the Fascial Web

A realization has been presenting more and more through my treatments of newborn babies that their little fascial systems which have restrictions just like adults do but the difference is the length of time they have been present and many times correct rather easily or do not take as much time as lets say an adult with a restriction that began at birth. I have begun to see how the restrictions of adults can and most times do begin as far back as in the womb and birth. The systems of these infants are in most cases easily in corrected or released from symptoms and dysfunction.  When I began to look for further knowledge and to deepen my skills time and time again Dr. Gillespie and his approach came to the top of the list.

Beliefs and Philosophies for the Future of Healthcare

CranioSacral Fascial Therapy (CSFT or CFT) revolves around the belief that the newborn work redefines the global infant standard of care by resulting in:
Healthier Babies: This work significantly decreases the incidence of at least 15 diseases.
Smarter Babies: This work optimizes the function of the brain and spinal cord.
Stronger Babies: This work creates a “structural immunity” for active and growing children.
Happier Babies: Everyone on the planet loves a happy baby. We are the happy baby people. https://gillespieapproach.com/

I love that his philosophy that CFT therapist is “holding the Light for the unborn billions” as this philosophy falls in line with my belief that through traditional authentic Myofascial Release, lives can be changed and both CFT and MFR should be the way in which healthcare is delivered and not by forcing a system that cannot be forced and allowing the body to self correct. I along with many other MFR therapist hold the Light for the Future of all of Health Care not only in this country but the world.